Games today are less confrontational because they measure us subjectively rather than objectively.

Every time a journalist or radio host interviews me, they invariably ask me why there has been such a resurgence of interest in board games. Rediscovering human contact and the desire to avoid screens are the kinds of answers that the media like to hear (yes, yes, it’s always best to tell the media what they want to hear). But is there more to it than that…?

I’d like to propose another hypothesis here: games today are less confrontational because they measure us subjectively rather than objectively. Trivia games dominated the ‘adult game’ marketplace throughout the '80s and into the '90s. In this type of game you either know the answer to a question… or you don’t. Your knowledge or abilities are being measured objectively. 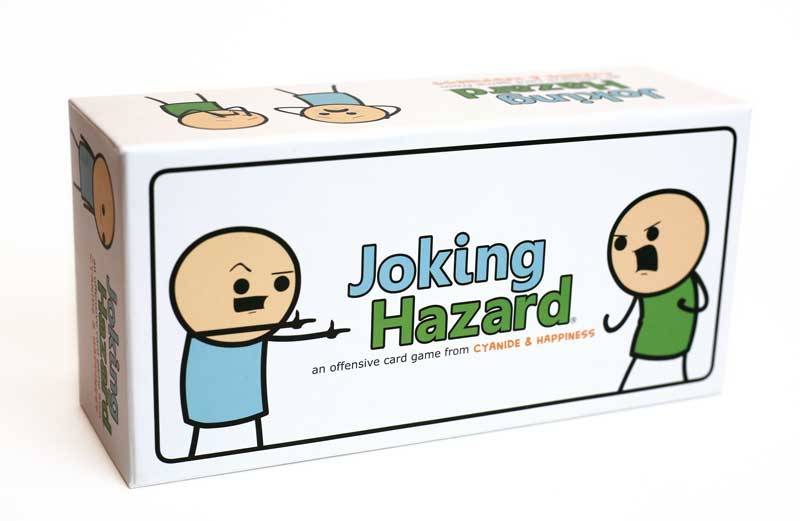 Today the most popular game amongst adults are Cards Against Humanity, and its multiple clones and derivatives: Crabs Adjust Humidity, L’osti d’jeu (The F#&*ing Game, in Quebec)... CAH was largely inspired by Apples to Apples. This genre has grown in the last few years, with Joking Hazard and other titles asking players to choose a favourite element from a number of possibilities. In all of these games, it is only your subjectivity that is being called upon. Your tastes. We’re no longer being asked “What is the Capital of Arkansas,” but “Which of these 4 phrases do you find funniest when linked with this one?” This type of play tends to be better at bringing people together, as they won’t have to live through the experience of discovering, or showing everyone, that they are just objectively bad at something.

If I lose at Cards Against Humanity (I mean, who counts points in that game anyway?!), it’s only because my sister-in-law decided that I should. It’s not my fault, it’s hers. She was just in that kind of mood…

I notice this difference in popularity whenever we post our two types of Decrypto social media games. In the first game, players have to intercept the opposing team’s code, and there is ONE correct, objective, answer. The second game asks you to come up with 3 clues based on a given code, and in this version all answers are acceptable, or ‘correct’. It is this second type of game that generates the most active participation. By far.

Please don’t read any kind of judgement on "the degeneration of the board gaming hobby or of society in general" into this. In fact, this ‘subjective’ way of playing actually puts everyone on an equal footing and possibly even allows games to bring people together in a way that they never have before.

There are plenty of counterpoints to what I have just put forward, of course. There are a number of successful games that don’t rely upon players’ subjectivity. The current Scorpion Masqué catalogue only has one purely subjective game, Qui paire gange (the French version of Plucking Pears), and we manage to get by just fine, all the same…

Even though they alienate certain people, ‘objective’ games may, through the more intense emotions they generate, succeed in building their own strong followings.