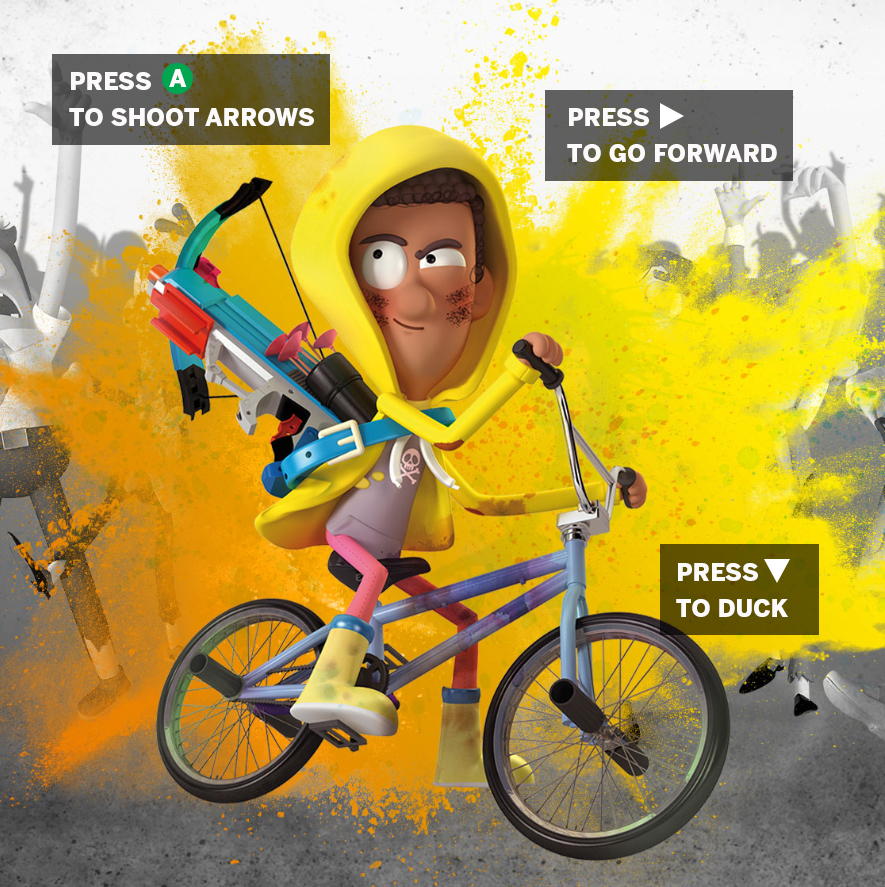 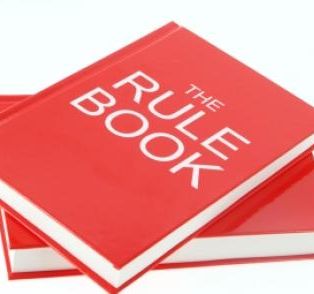 All board game publishers have a certain envy for video game tutorials. No need to read a weighty manual or suffer through explanations by 'the person who knows the rules'...but who clearly has no idea how to explain them. No sir! Simply fire up the game and the interface guides us as we learn how to perform all the necessary actions to lead us to glorious victory!

This kind of system could help bypass the biggest barrier in our beloved hobby: Learning The Rules. You can imagine my excitement, therefore, when I came across a number of board games that offered in-game tutorials! What a concept! I threw myself into them with great enthusiasm, and discovered... that I wasn't at all convinced that they were a good idea after all.

Important! What I will be discussing here is simply my personal experience as a gamer with regards to a way of learning rules, and not about the games themselves, or the fun I had playing them. This is only about the tutorials and my take on them.

Why I Didn't Fall in Love:

Because of testers' reactions.
In the Scorpion Masqué studio, we've had discussions about whether we should force gamers to play a 'Tutorial' game — that is, a play-through with a watered-down version of the rules — for two of our upcoming games: Zombie Teenz Evolution (Oct. 2020) and Turing Logic (provisional title, releasing 2021). Each time testers finished a tutorial game, we noticed that they hadn't had a great time playing. They were disappointed. This was clearly evident to us in their body language, and even sometimes in what they said after the game. Even when we explained that the 'real game,' that we could now play, would be more fun, their overall enthusiasm for the game was significantly less than it had been when they had first sat down at the table. 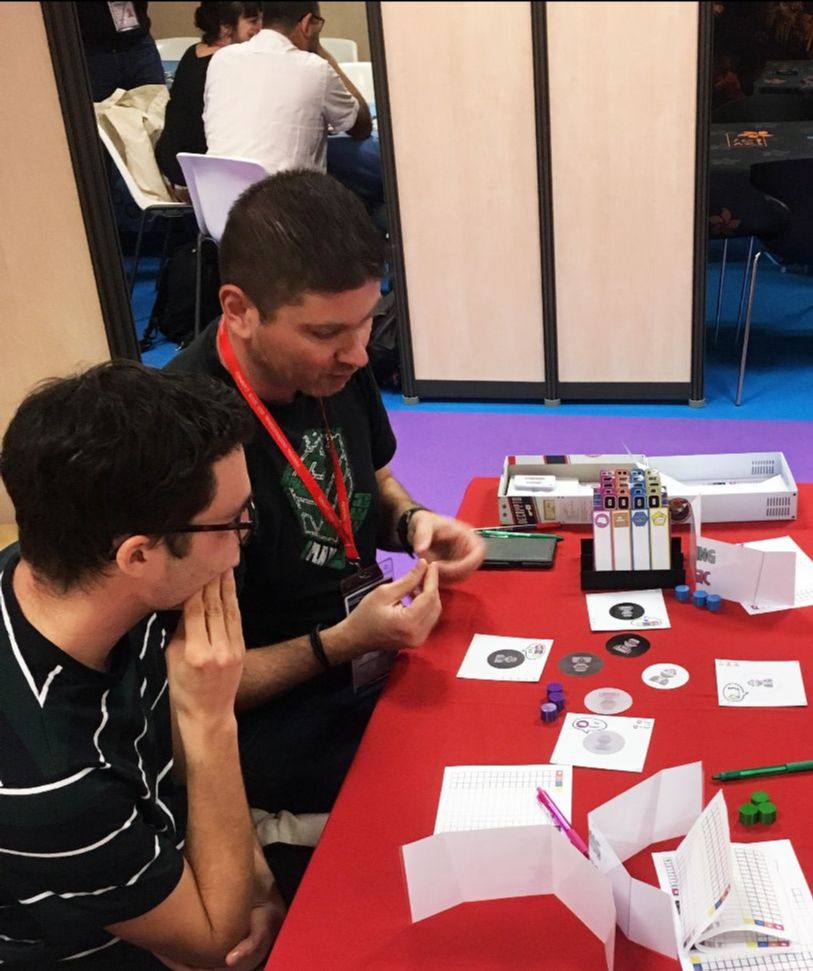 Because of their length.
It seemed longer to go through the tutorial game than to read and explain the rules! This, for me, was the deal-breaker. It took us 75 minutes to get through the first 2 tutorial turns of the excellent (seriously!!) This War of Mine. The full game lasts 13 turns, so I'm sure you would understand if more than a few people would be discouraged to continue after a start like that! Of course the subsequent turns went much quicker, but the magic of the tutorial simply didn't work. I wasn't brought into the game at a smooth rhythm.

On the other end of the spectrum, the Fast Forward series by Friedman Friese offers a series of card games that are learned without a conventional set of rules. Instead, players simply turn over the first cards in the deck, which tell them which actions to do on the first turns. We perform these actions without understanding why until the game begins... but the games are so simple that the complete rules could be written out on a single card. So instead of being able to read and explain the rules in 88 seconds, I am being forced through a 6-minute tutorial. Why go to such pains to simply quadruple the time this all takes? 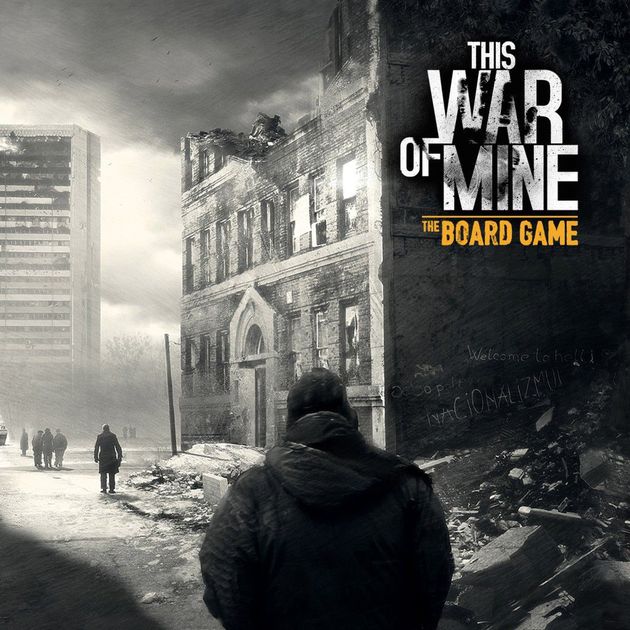 Because it's frustrating.
We performed a number of ill-advised actions in our first turns of This War of Mine because we had no idea of their implications or consequences. The frustration of having played badly ended up being directed at the manner in which the rules were explained rather than at our own incompetence. When I lose my first play of a game, it's generally my fault for having played 'badly'. I have no-one else to blame, and I accept it; it's all part of gaming. If, however, my bad decisions are based on a poor explanation of a game, it's infinitely more frustrating.

Because you still make mistakes.
This system doesn't stop people from making rules mistakes. Does it limit the number? I have no idea, of course.

Because it's risky.
An in-game tutorial is a fantastic selling-point for the game ("you don't need to read the rules, you can just start playing!"). This is very clear. It does remain, however, a high-risk move by the publisher hoping to create a buzz around their game.
Mechs vs Minions (MvsM) is a board game based on the hugely popular (and amazing) online video game League of Legends. The developers therefore imagined MvsM as they would a video game, with a primary tutorial section where you learn how to play without reading the rules. This was a mistake, in my opinion.
Why? Because when it came out, the vast majority of reviews that I read about this game (and I read a lot of them, because I was super interested in the game, and I was wondering whether I should buy it or not) had been done by people who had ONLY played the tutorial, that is, a watered-down version of the game, completely lacking tension and rhythm, giving only a very tepid taster of what awaited us in the 'real' scenarios! This led to reviews as incomplete and lukewarm as the initial gaming experience.
If the first experience of a game doesn't leave a strong impression, and this is certainly the case with tutorials, it is very probable that the game won't get a second play even if — and I repeat — the tutorial is clearly indicated as an incomplete version of the game. 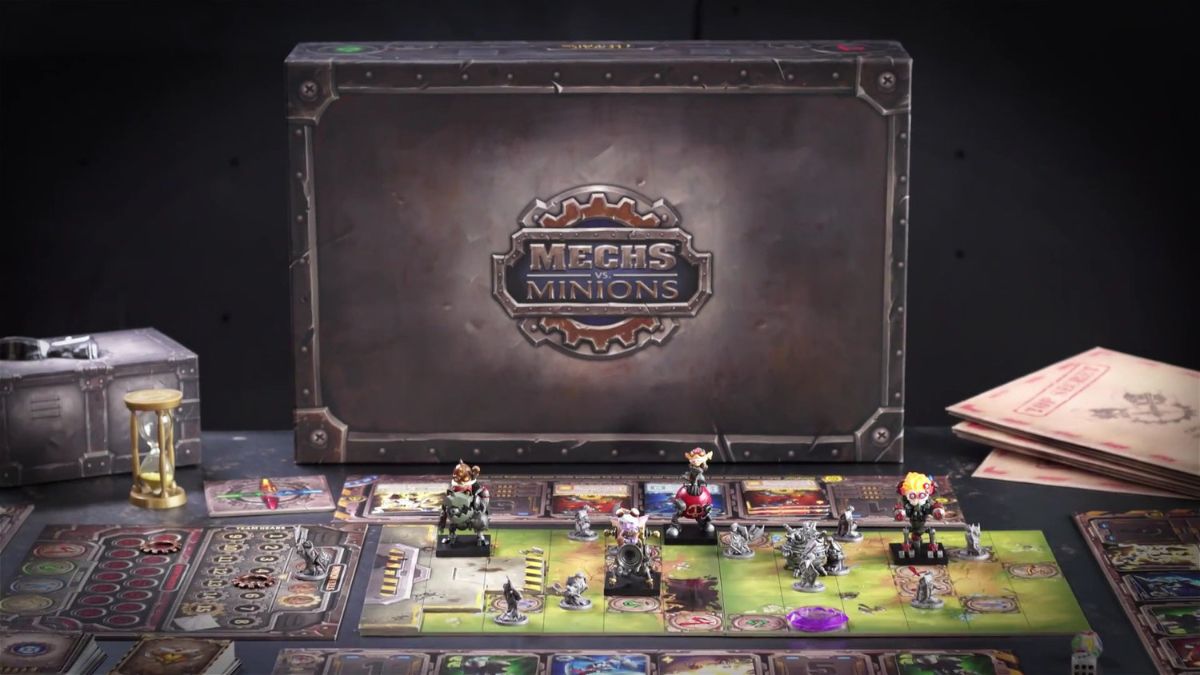 In an era where 2,000 games are released every year, gamers are in a great hurry to say that they've played this or that new release, because in a week's time, it won't be worth talking about, as another exciting new title will have taken its place. Because of this scramble for the new, commentators will post reflections on games that they have only played the tutorial of, rather than the full game! This is a huge marketing problem, as we know that the first Internet reviews and impressions of a game not only have a significantly greater impact than those that follow, but those first opinions often help shape subsequent ones. And yes, even though you may think that this doesn't apply to you, it has been shown that your appreciation for a product is greater if you have been told beforehand that it is good. 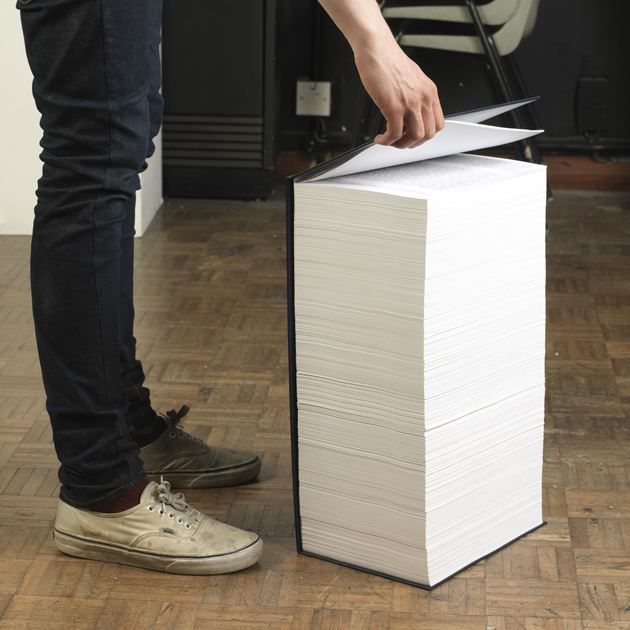 Because of size and cost.
Tutorials double the size of rulebooks, and therefore slightly increase manufacturing costs. A thicker and more imposing rulebook always gives the impression that a game is more complex... even if this isn't the case. A thicker rulebook usually results in more time spent flipping through it to find a particular rule, especially if you haven't played the game in a while, and you only need to quickly refresh your memory.

Why Tutorials Don't Work in Board Games

Because board games aren't video games.
Even though board games and video games share the concept of gaming, they are completely DIFFERENT media, like cinema and literature. I don't need to explain to you the perils of adapting a novel to the big screen, and, inversely, how many books 'based on the movie' were... less than impressive.

To play a video game, you don't need to understand the complete rules of the game, just how the thing functions. In fact, we have no idea of the great majority of the 'rules' of a video game when we are playing it, simply a kind of general intuitive understanding. We know that if we press  longer on the 'jump' button, Mario will jump higher! Be we never know (or very rarely) exactly how high. On the other side of the coin, to properly appreciate a board game, you need to know the entirety of the rules. We can't play without them, and they need to be fully explained.

Finally, the transition between the tutorial and the 'real' video game is done seamlessly, and without breaking the 'flow' of the game, while a tutorial in a board game completely shatters the game's rhythm, asking us to start the whole game over again. We now need to remove all the pieces and place them back on the board according to the real setup.. which may be completely different to the setup we just used for the tutorial! And we find ourselves in the annoying position of having learned a bunch of things for nothing.