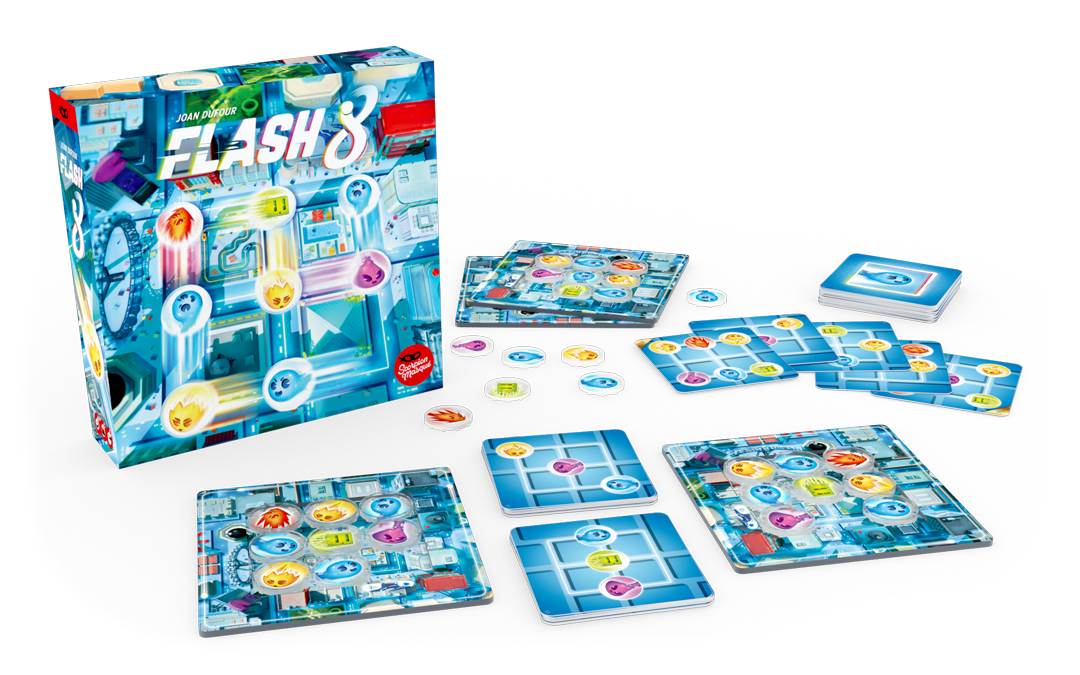 Although it’s much more common to see Illustrators’ Diaries, this project went through so many changes, and required so much research, that I think a general overview of its visual development would be much more fun and informative.

We couldn’t use the original ‘little fish’ theme; it was much too childish for the audience we were hoping to reach… and the mechanism that Joan had proposed - that of the sliding tile puzzle - was so simple that pretty much any theme could work with the game. This, added to the fact that we were looking to appeal to a very wide audience, all gave us a pretty puzzle to put together.

I think that 100 themes (literally!) were proposed either by our team or our friends and family during this period. We searched and searched, leaving no suggestion unconsidered. Even in Shanghai (I had travelled there to sort out some production issues for this game - token construction and the type of varnish on the player ‘tablets’ that would provide optimal sliding), we did some brainstorming with Guillaume Gilles Nave from  Origames and Whatz Games.

This park next to our hotel was the birthplace of dozens of different proposals. 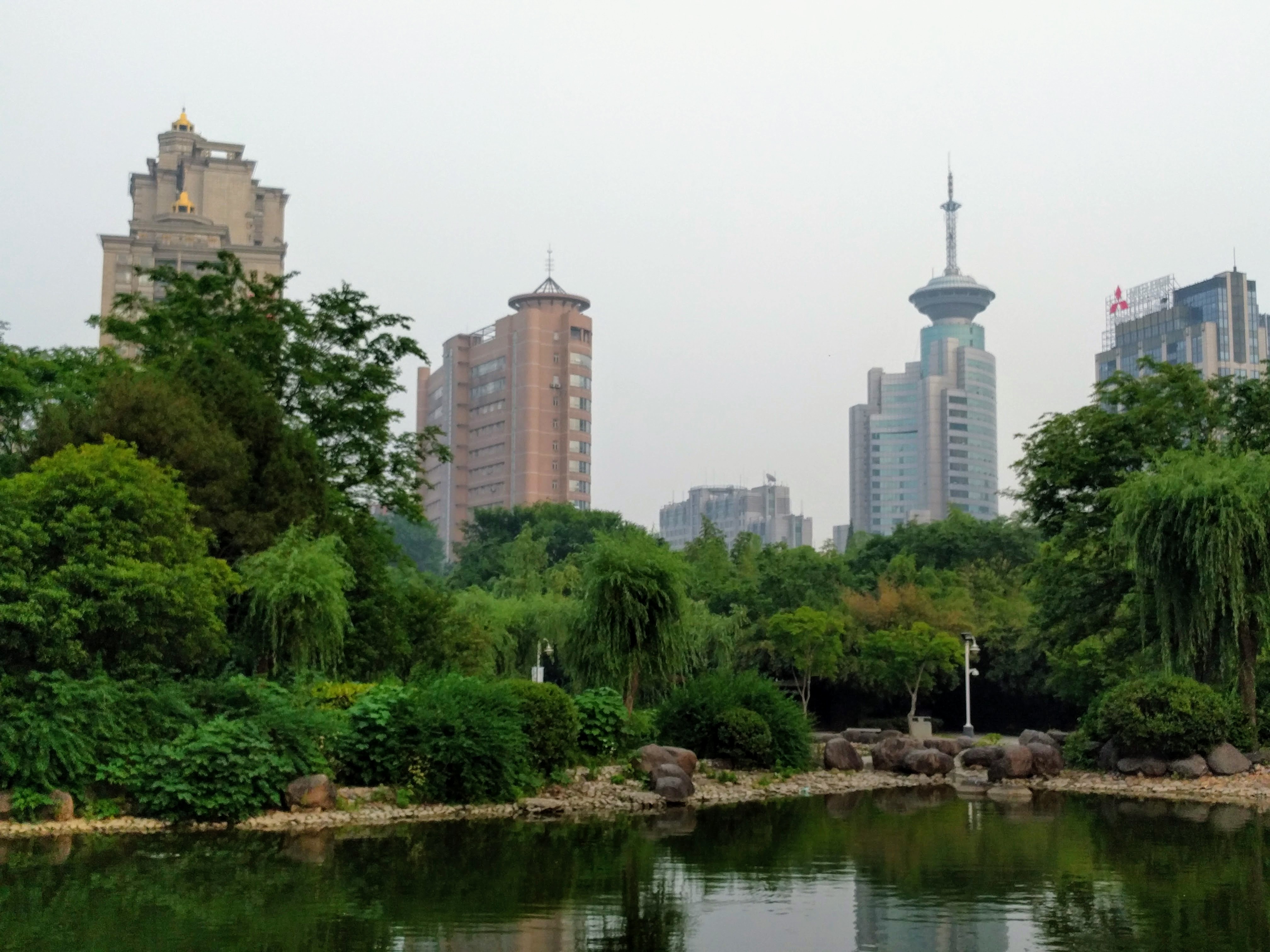 In this now-themeless game, players make combinations on their personal boards to win cards in the middle of the table.

Should we be moving candies to win points? Creating formations of heroes in a dungeon to defeat monsters? Are we burglars opening safes in the search of incredible riches? Are we pirates looking to assemble a crew of scurvy dogs by arranging gold and precious gems? Are we rooting through the garbage for delicious trash to woo monsters with? Are we going to incorporate animal familiars? Dogs, cats, wyverns…?

We had to choose something.

We finally landed on a theme similar to that of the famous 1990s video game, Dr. Mario. The game’s style was reminiscent of a puzzle video game, and Dr. Mario was a childhood favourite of both Christian and I. We decided to speak to Mathieu Beaulieu, the best Quebec cartoon illustrator (in our books!), who had also done the artwork for our local hit Miss Poutine, and we got to work! 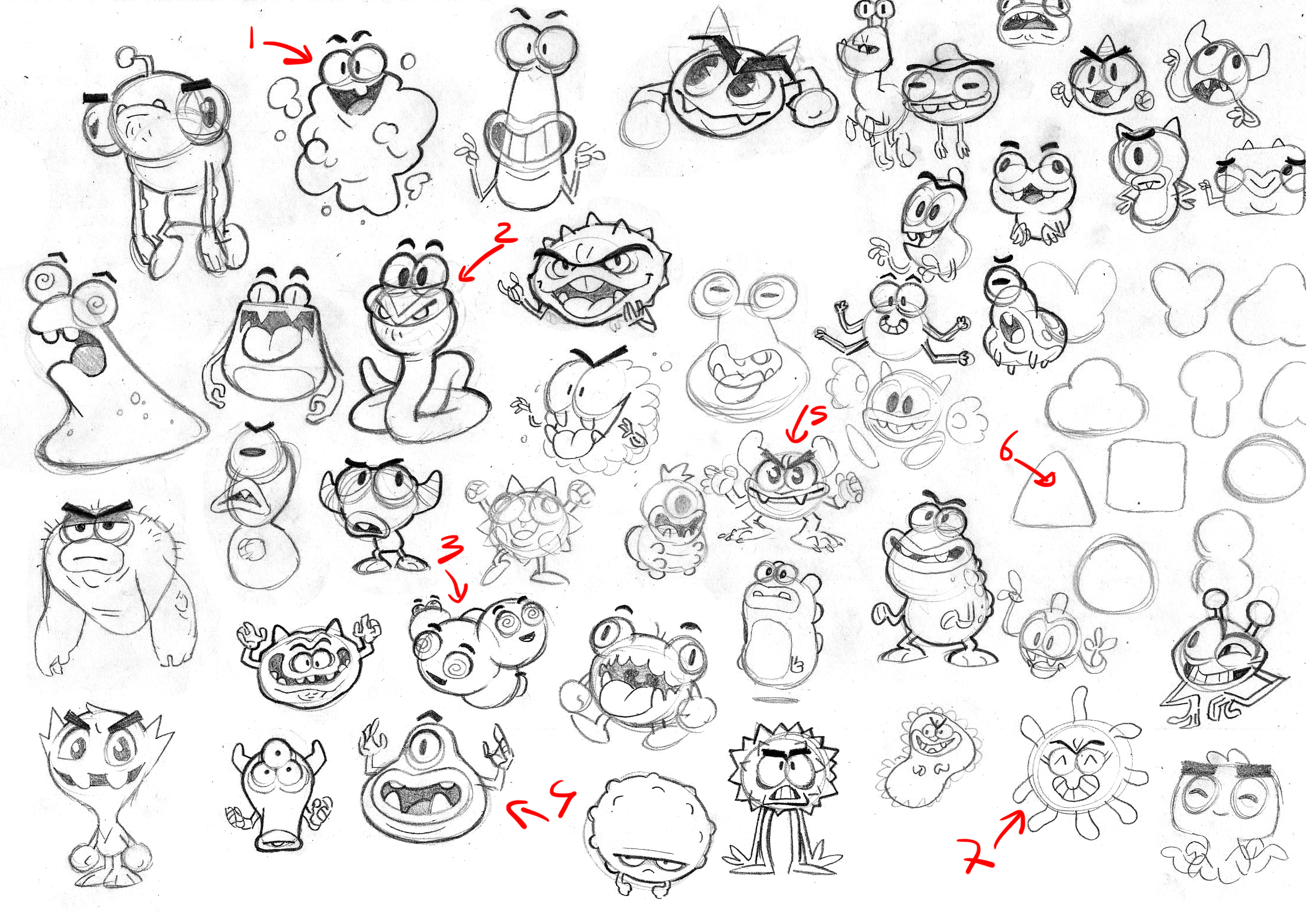 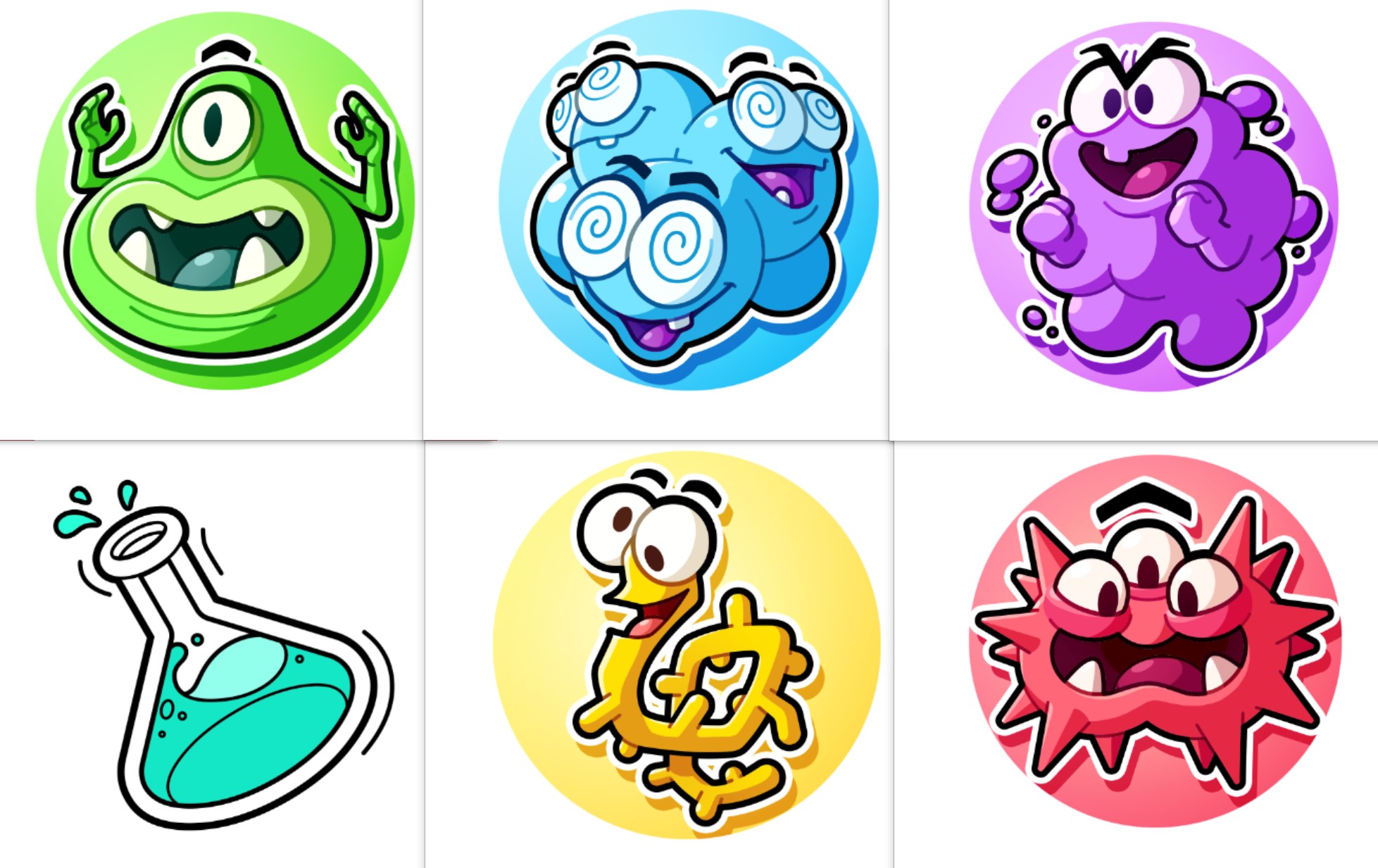 The player board would be a kind of petri dish, in which we would organize little germs. Each combination would create a ‘cure.’ 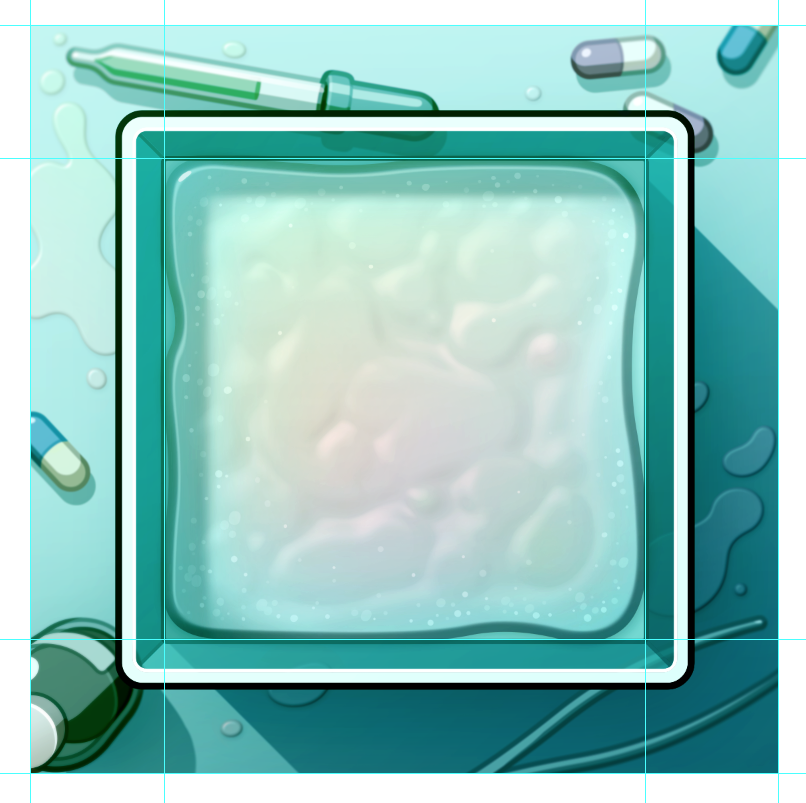 Ten tons of sketches, work, and re-work later, we had our blobs, our player board, and we had almost finished our box cover... 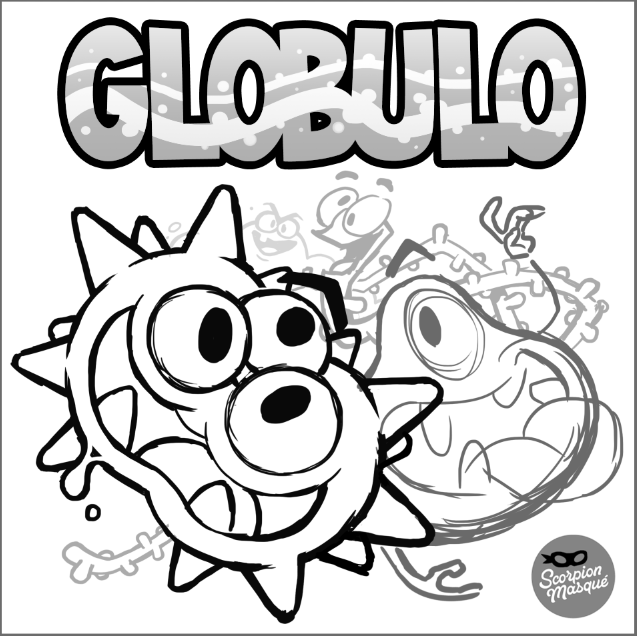 ...and then it happened: doubt crept in. Is the theme any good? Does it all clearly bring to the front the simple mechanism that had always pleases us so much? Are we giving enough of a chance to Joan’s game on today’s hyper-competitive market?

Back to the drawing board...

Completely drowned in the tsunami that was Decrypto, it took a long time for us to be able to come back to this project and dedicate to it the time that it deserved.

We racked our brains, collecting shiny bits of inspiration like magpies. 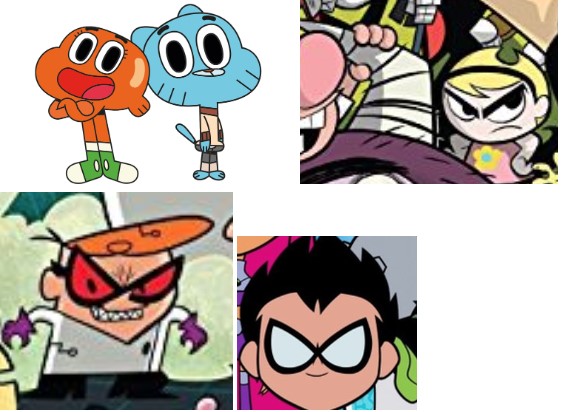 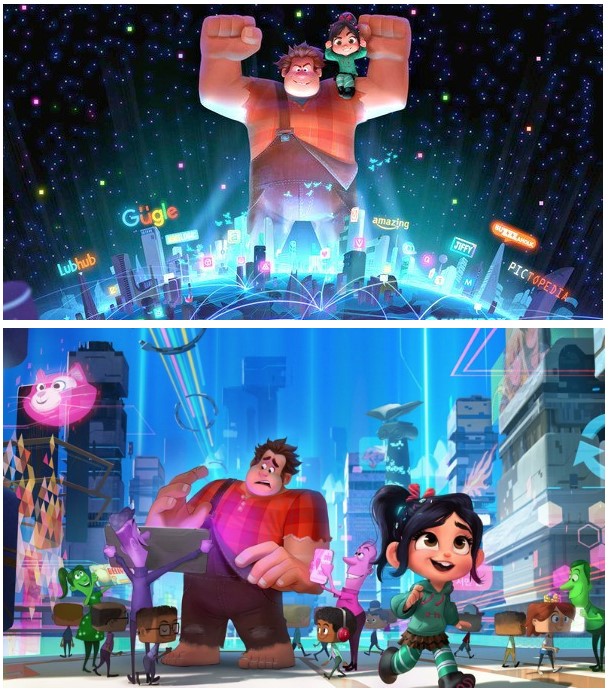 Finally, a light appeared at the end of the tunnel. We had to re-centre the theme on the central element of the game: speed. Fast, fast, fast, always in motion, close to a real-time mobile or tablet game. Flash 8 would be a speed game in which little electrons transport information around inside a computer resembling an electronic city.

No, no, we have to simplify it!

Flash 8 will be a game in which we move electrons on our tablet to make points. The electronic city will serve as a background, full of references to classic video games!

It was Sabrina Miramon who we contacted to illustrate this version. The visuals had to be bright and colourful, with the electrons popping out visually, while not darkening the background too much. The electrons would be simple little balls of energy that would zip around and leave little light trails behind them, like in Tron.

The first generation of electrons were a bit too cutesy, missing both a mischievous edge and a feeling of speed. 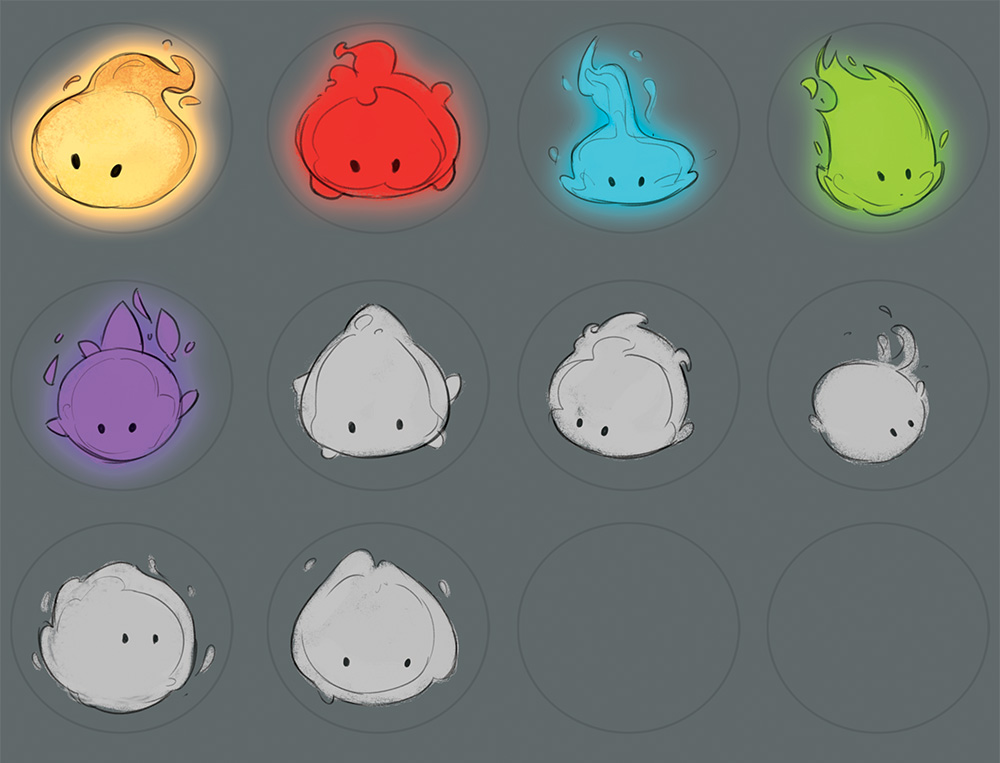 Sabrina took the feedback in her stride, and it started to come together.

The city in Sabrina’s original tablet concept was a bit too distant, preventing the possibility of adding detail to the locations. 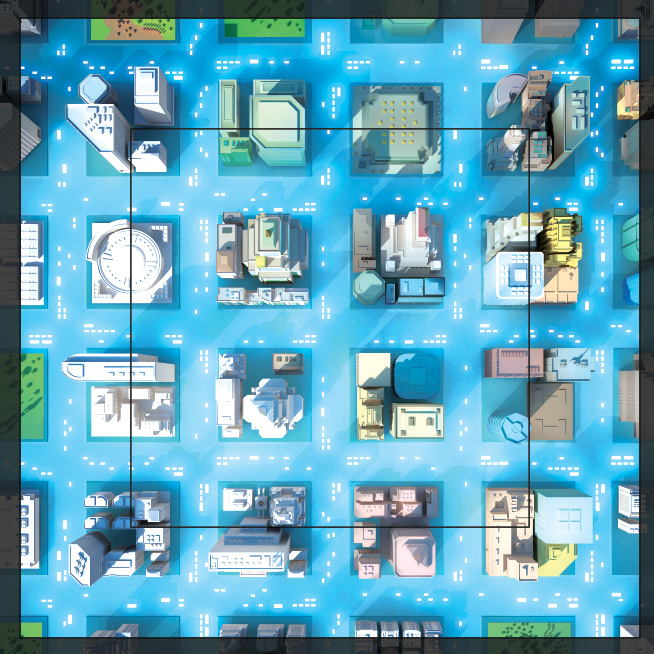 We made some modifications and added the missing details... 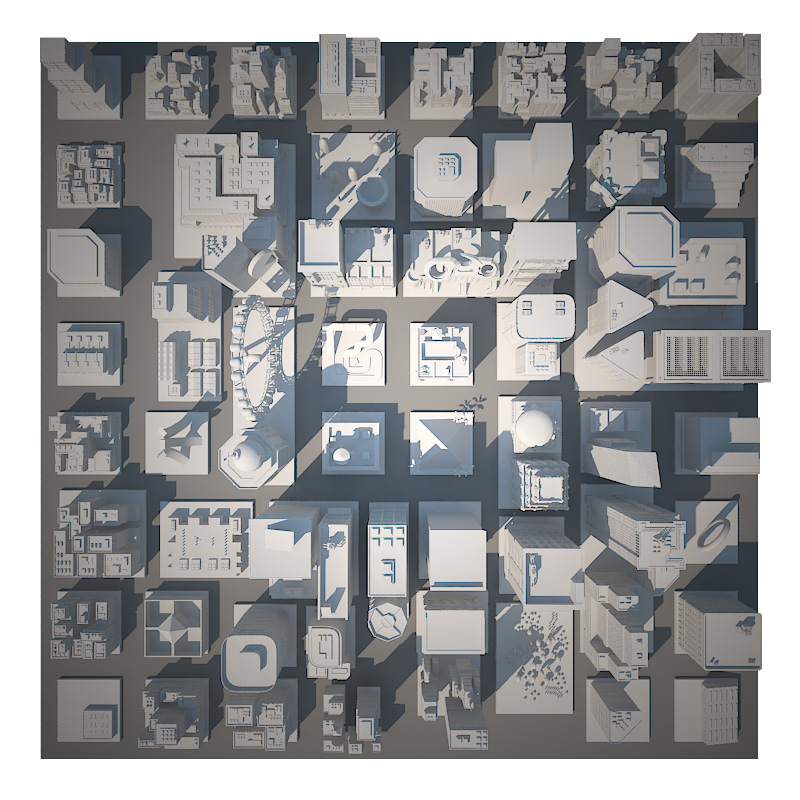 (the city took a little detour into something halfway between a smartphone screen and a video arcade...) 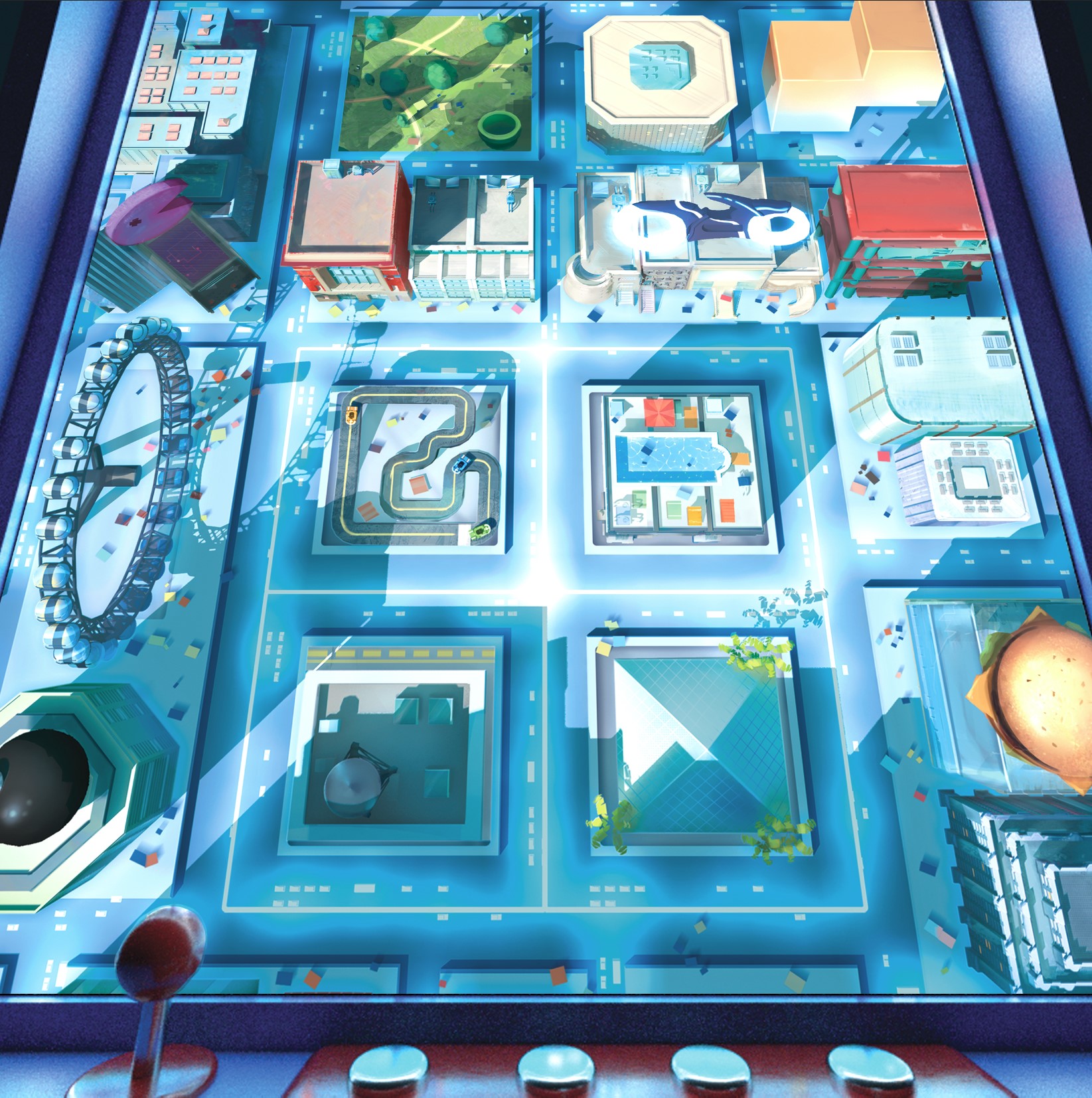 ...until a new simplification swept that all aside. 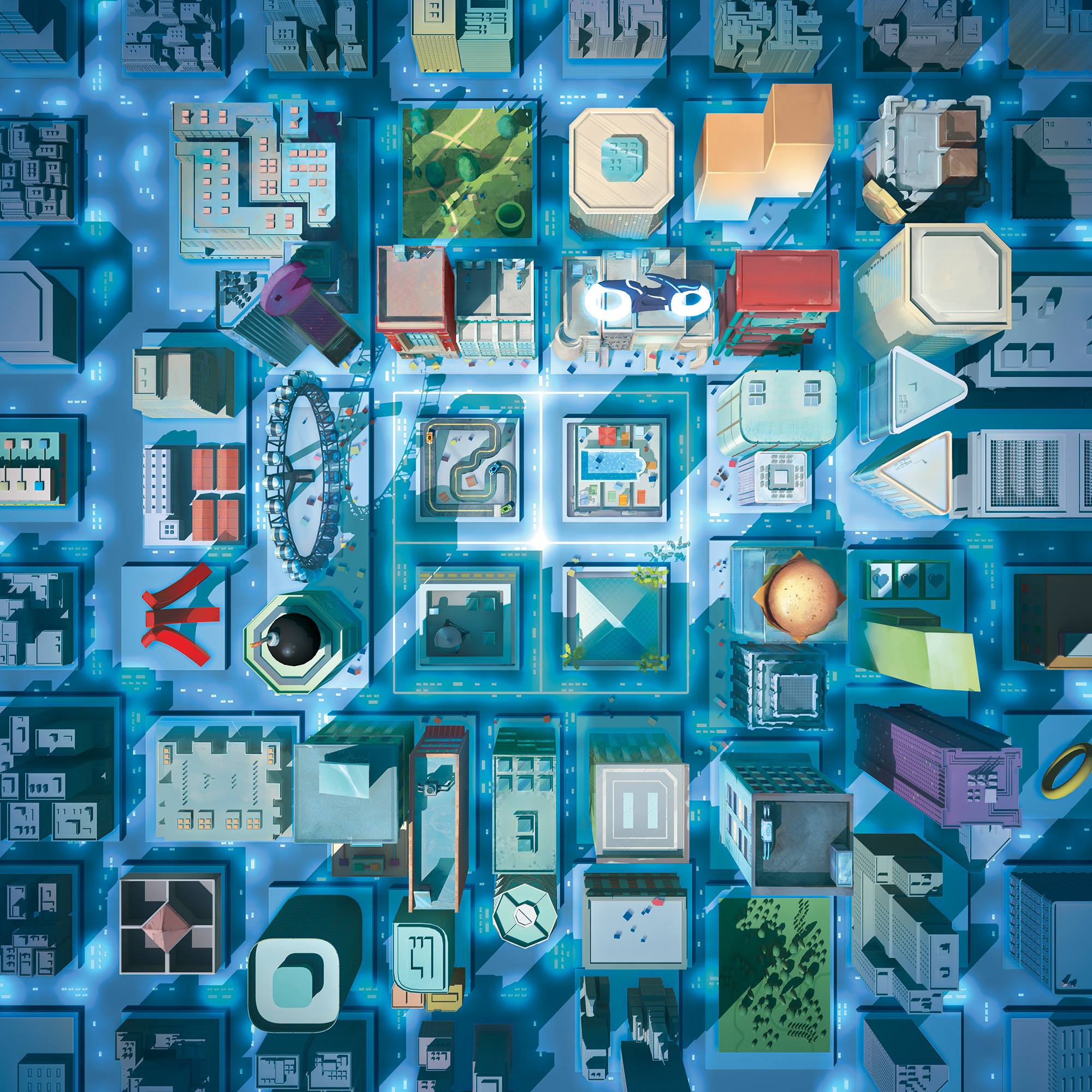 Finally, the cover had to demonstrate the game’s central mechanism, which is so simple that it borders on genius.

Sébastien, our star graphic designer, completed the visual with a super-dynamic logo, and that was it! 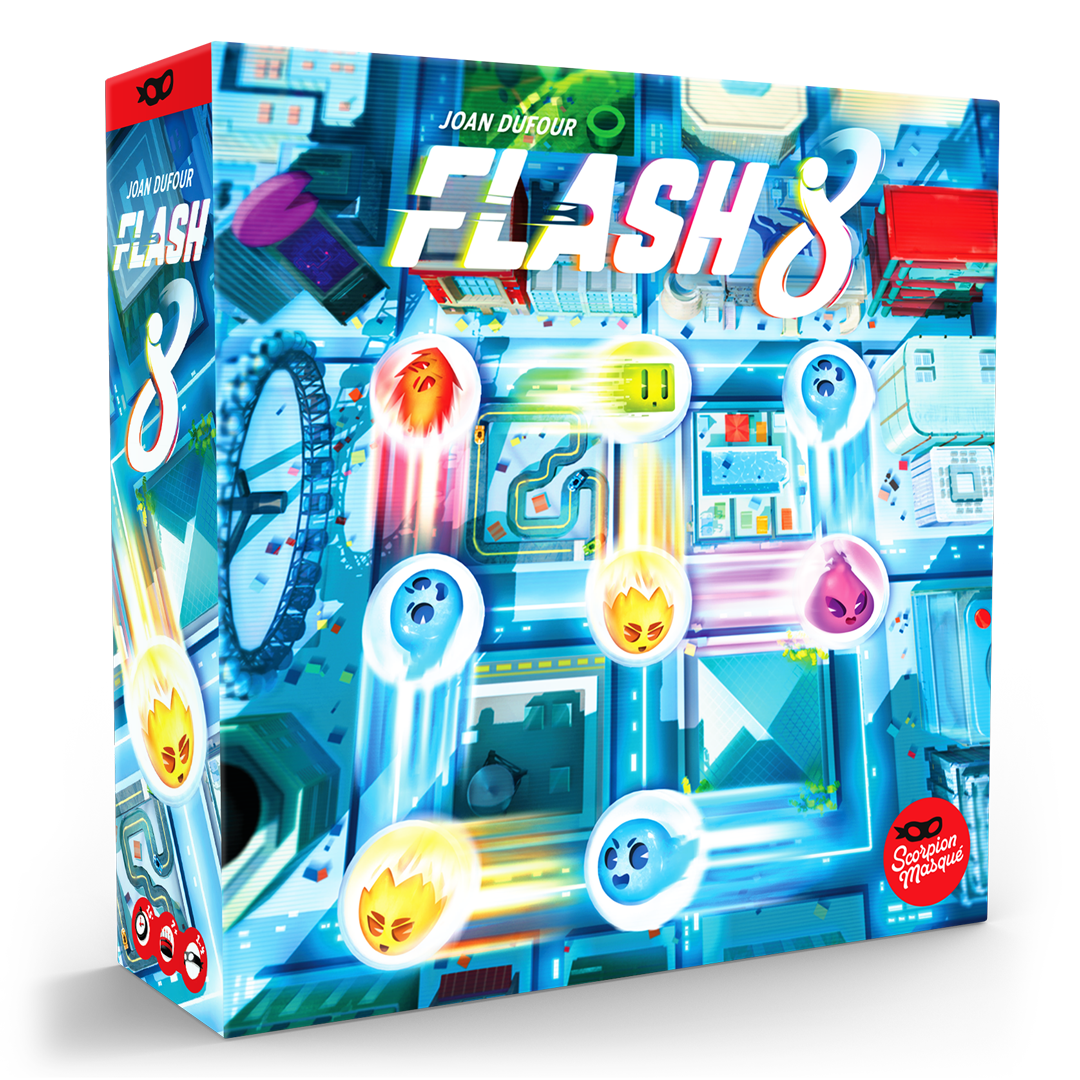